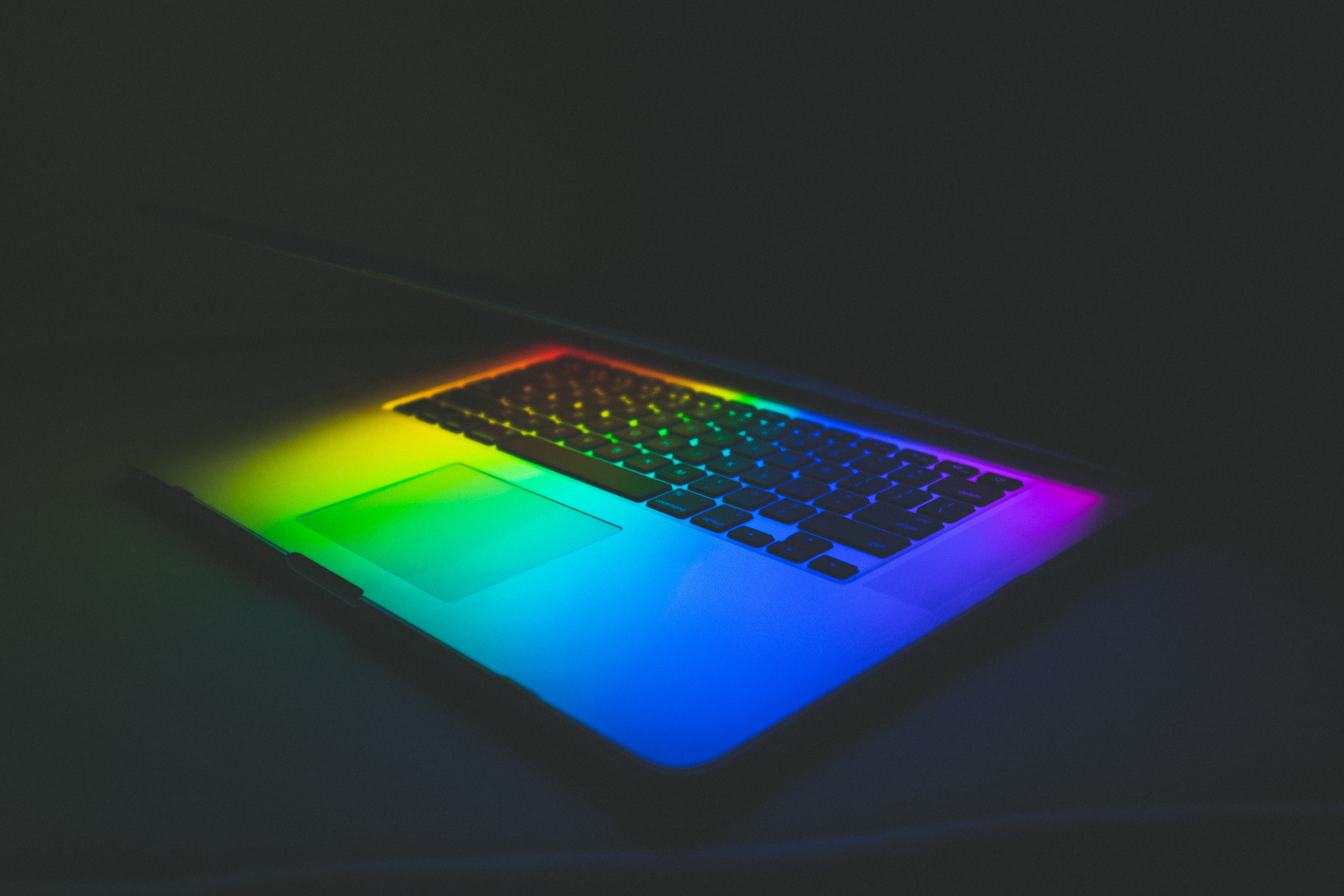 Beyond the rainbow: A conversation between two queer women A candid chat with Khanyi Mpumlwana

I had a tough time sitting down to write this post. As a queer person I was doing what many of us do when we’re given a platform – putting pressure on myself to be the mouthpiece of the community I so love. But, that is not my job, and neither is it the job of any one person. I’m simply here to remind you that the lived experiences of the LGBTQIAP community exist outside of performative movements presented by Brand X. And our experiences are valid beyond being tokens in branded campaigns that make no real change for the people most affected by homophobia and transphobia.

I’m writing this in June, but you’re probably reading it in July or sometime after (hello from the past, I hope the future is all that you imagined). Right now, the global advertising industry is in a tizzy putting rainbows on everything from shoes to sandwiches. Niche market consumer-baiting has never looked so bright. As cynical as I may be coming across, I love Pride campaigns. I love Pride campaigns when they work – and we all know they work best when they’re honest and go beyond changing the logo to ROYGBIV.

In this light, I could go on about how brands could do more by collaborating with LGBT+ organisations all year round. I could also talk about the premature (if this should happen at all) commodification of a fight that the community has not yet won – queer and trans women are raped and murdered at an alarming rate in this country. I could even go on about the homophobia that pops up in boardroom conversations around this time, and also not around this time. I really could. But, I need to go a different direction. Right now, we’re centering the heroic queer people who work day-in, day-out in an industry that seemingly only celebrates them for one month out of the year. One such hero is Khanyi Mpumlwana – a brilliant senior Copywriter at one of SA’s top agencies. In all, this is a celebration of progress, presented as a conversation between two black queer women in advertising. 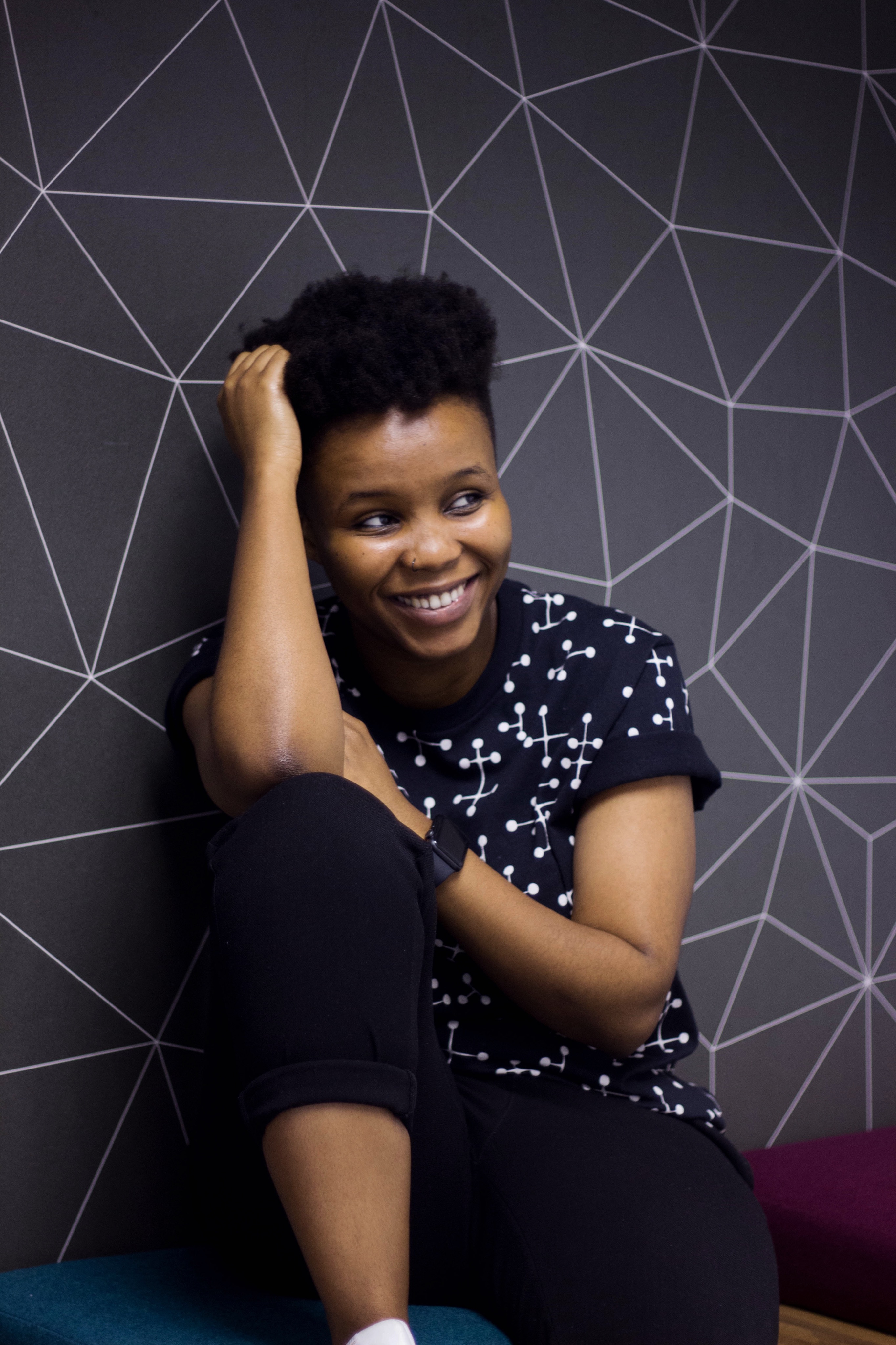 Khanyi goes by she/her pronouns. The first question I asked her was whether she thought the LGBT+ community is at all included in the ever buzzy diversity conversation. “No,” she replies, “It’s still very much a black and white conversation. Not even black women are involved – it’s black men and white women.” She points out that one problem is many agencies are talking diversity instead of inclusion. The conversation should be around providing access (read: a seat at the table) to all people – across race, gender, sexuality and abilities. “Have people in the room who care about these things. It’s not just about the big picture, it’s about the small things. People need to be more deliberate in their hiring policies. It’s not enough to just tick the boxes of “black” or “woman”. We need to add more boxes. Advertising needs to be more of a safer space, and that happens through the work we make, the people we hire and what we award.”

She also speaks about the importance of accurate data. “I’ve seen strategists thumb-sucking experience and making it everyone’s lived experience. We have resources, we can start building data systems that truly reflect SA. Show clients the people they aren’t representing, but are actually engaging and buying their products.”

Finger snaps and squeals of “yaaaaas” can be heard at the end of the rainbow as Khanyi continues, “Who are we briefing as our directors? We’re not at a stage where we can just show a queer couple in a restaurant having breakfast, which is ideally where we should be.”

It’s clear that these are ideas that Khanyi spends time thinking about. She’s an out, black woman who’s worked in the industry for some years, and she’s made no secret of the subject matters she holds close to her heart. Along with her equally brilliant creative partner, Nobantu, Khanyi started Find New Words – ‘an initiative that aims to create social change through language’. In her own words, “It’s the question Nobantu and I posed to ourselves – what if you can change behaviours through language? You can also pose this question around mental health and finance, not only LGBT+.” But, language around LGBT+ identity is where they’re starting. Since its inception, Find New Words has done workshops in different provinces, and asked people how they want to identify themselves in their home language. They’ve been on multiple platforms getting the words out in popular culture – even approaching TV creators to include these new words in their scripts. The next step, is life-orientation textbooks and dictionaries, “So people can see something positive and human to identify themselves.”

It’s clear that this is important work, as even the most basic African words that have been used to refer to sexual identity/expression outside of heteronormativity, have become offensive slurs. “We’re wanting to get into legislation, to rectify where a lot of the aggressions take place on an institutional level.” She is, however, wary of stepping on the toes of activists who have come out to challenge their approach, “This a project that I continue to hold dear. It’s honestly the craziest thing I’ve ever done, but it’s important to say that we’re a language institution, not an activist organization.”

Khanyi is a woman with no shortage of big and bold ideas. I decided to shift the conversation to talk about what small action steps individuals can take in making things overall more inclusive. Her view is clear, “It requires black people to talk amongst themselves about where they see advertising. I say black people specifically because when we talk about [diversity] we only talk about black people. It’s still very much serving a singular narrative, you can even see it in the work that we make. I even hear people say this is not “a black ad” as if there is one way to be black. We’re leaving out the black queer experience and black people are different in different contexts.”

At this point in our conversation, I take a second to look at how long we’ve been talking and realise we’re 20 minutes over the 15 minutes I had asked Khanyi to put aside. So, I wrap up the conversation by asking her if she has experienced homophobia at work. “No, I haven’t seen it.” I admit to her that I’m pleasantly surprised by this – ”I’m privileged enough to pass, and I have to call that out. If I wasn’t as femme presenting, I probably would have experienced more discrimination.” then she finishes off by saying something that is as important as it is easy to forget, “But I can only speak to my experience.”

Every year I sincerely look forward to what campaigns Pride will bring, but more than the rainbows and glitter, I look forward to inclusive communication that stretches beyond Pride Month. And yes, this article focuses on Khanyi’s experience, but I hope that it starts a conversation. If not with your boss or co-workers, then at least with yourself.