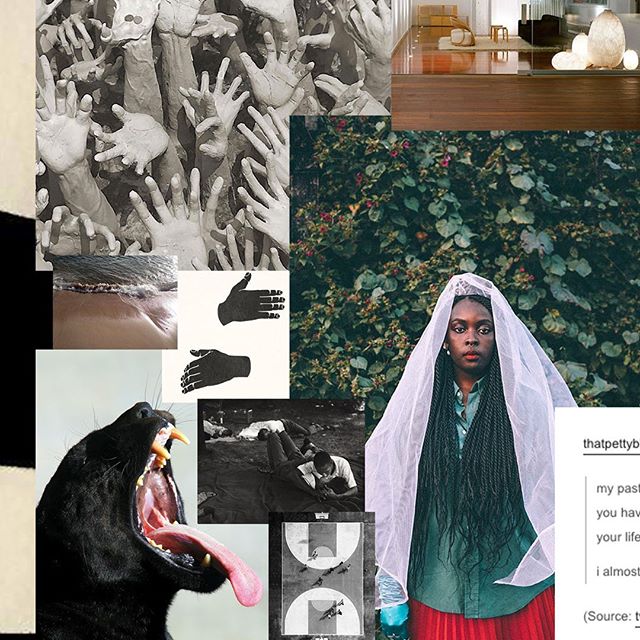 The multi-hyphenates: Creatives surviving their jobs

A candid chat with Rendani Nemakhavhani

As workers in this weird and wonderful advertising industry we can admit that though it has some rewarding opportunities, it neither ticks all the creative boxes nor [ahem] satisfies financially. No tea no shade, but because of these reasons most of us need to supplement with other gigs. As a result, multi-hyphenate career paths have been an intrinsic part of this industry for a very long time. Ask any creative you respect and they will tell you that their agency job title isn’t the only title they have.

Rendani Nemakhavhani is an incredible woman whose work I’ve enjoyed since I started following her on Instagram and Tumblr. By day, she’s an ad agency Art Director, but she’s best known for the body of work that she creates out of the office – The Honey – an exploration of black femininity, centering her alter-ego. She’s also an illustrator, graphic designer, photographer, muralist, content manager, soon to be director and has even worked as a lecturer.

It may seem overwhelming, but she admits that a solid routine is what helps her keep balance. “I don’t do everything every day, sometimes I want to nap or just read. I’m very precious and passionate about the work that I do… I want to do so much, but I have this 9-5 that I also care about. It’s demanding, but I don’t want to just live to work, I want freedom.”

The current model forces creatives to center their jobs and leaves no room for other creative explorations. At the end of the day, isn’t this what creatives are hired for – their ability to shapeshift their thinking and create dynamic work that fits in no boxes? So, what if we allowed the copywriters to work on their film scripts, and the art directors to explore their fashion interests? What if we look at it as a motivation tactic, an expansion of the skill sets that you already have in the agency? I brought this idea up to Rendani, and she responded excitedly, “It’s a call to cultivate space for the multi-hyphenate. A forward-thinking agency would open up that space, it would make me better at my job!”

The phone is quiet for a second as we both consider this. She continues, “I feel like agencies don’t advocate enough for their creatives. As a multidisciplinary artist, if agencies were smart they would take advantage of that. I don’t mean have one person do all the jobs, but learn to collaborate with people within the agency.”

This means cultivating transparency. Allow creatives to use agency resources to explore these interests in exchange for the agency having dibs on some of these side-hustle skills. Allow creatives to monetise their artistry without feeling like they have to work multiple jobs to be satisfied. On the surface, creative departments are made up of art directors, copywriters and designers, but if you pay attention, you’ll see that these departments hold much more.

As we explore this idea, Rendani tells me a story about getting rejected from a job because she was “too creative.” She explains that the potential employer looked at her portfolio and felt that she was delving into too many interests and wouldn’t survive the ad game.

Now, I hope you’re not reading this thinking I’m advocating for unfocused employees. But let’s be honest – gone are the days when Dad had one job at the same company for 20 years, doing one thing. Millennials, born-frees, the Instagram generation (I promise none of these are swear words) approach career differently. Rendani says it best, “There are those who survive vs. those who don’t survive. People who survive the ad industry are fine to walk within the straight line. The ones who are the best don’t want to be limited.” Best practice isn’t hiring and encouraging cookie-cutter creatives who ‘survive’ their jobs, is it?

It’s time to stop frowning upon “outside” work and start integrating it in the agencies’ way-of-working. Here’s a novel idea, let’s prioritize the needs of the creative force as much as we do the bottom line, because without it there is no bottom line.

What is your official job title?

Considering everything you do, what should your job title really be?

Whose career do you love to watch?

What do you consider your biggest career mistake?

Having Tebogo Mahlatsi & Angus Gibson know that The Honey exists

I don’t have one – I say so many things

Who was the first person you related to in media?

For me it happened as an adult. It’s No Name

What does ‘taking a break’ mean for you?

It’s not taking my laptop with me and detaching from social media. It’s also having a day to just sit and be quiet.